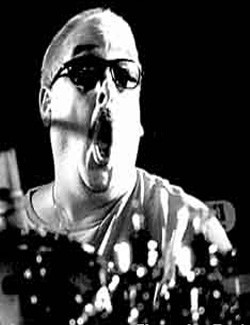 A powerful vocalist and super-quick drummer, Jimmy Morello began playing drums at age 11 and formed his first band at 13. His vocal style has been influenced by great blues shouters like Roy Brown, Big Joe Turner and Jimmy Rushing. His mother's record collection had an impact on him in his early years, vocal groups like the Platters, the Drifters, the Coasters, and others. He fell in love with blues music after attending a revue concert in 1971 with Ray Charles, T-Bone Walker and Jimmy Reed. Shortly after this, he befriended a Pittsburgh DJ who introduced him to Louisiana Red. Red took a shine to Morello's band, Cold Steel, and the two began working together regularly in Pittsburgh blues venues. After becoming a tight working unit, they hit the road, playing Washington, D.C., Philadelphia, Boston and other cities around the Northeast.

After Red left for Europe in 1980, Morello moved to Sacramento, California to join the Blue Flames. By 1989, Morello moved to Phoenix, Arizona, where he hooked up with the Rocket 88s, playing drums and singing with that band for four years. After leaving the Rocket 88s, Morello toured with former Muddy Waters guitarist "Steady Rollin'" Bob Margolin. Returning to Phoenix, he put together his own band, the Stingrayz, which featured his drum kit front and center, so he could sing and play drums simultaneously, much the same way Doyle Bramhall does.

Morello recorded two albums with Dallas-based guitarist Pat Boyack (with whom he had worked in the Rocket 88s) for Rounder's Bullseye Blues label. More road work followed those two mid-1990s releases, and finally in 1997, Morello got his own album, showcasing his own songs and singing, on the London-based JSP Records. Titled Can't Be Denied, it features Morello's kinetic drumming and powerful blues shouter-styled vocals. He dedicated the album to some of his mentors: Big Al Smith, Roy Brown, Big Joe Turner and William Clarke.